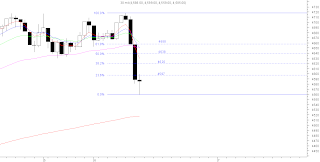 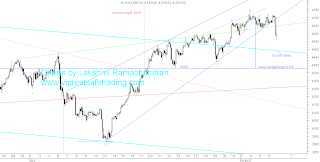 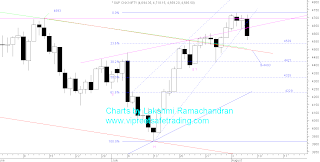 The tiny head and shoulders really had strong bear power, pushing the Nifty down by more than 100 points and achieving it's target. The bearish rising wedge which was broken two days ago, has a target of 4378. The previous low made on 29th July is 4420 and the low of 22nd July is 4380.The 38.2% fibonacci retracement level is at 4421. This makes multiple support around the 4420-4380 levels.

Volumes were just average and the breadth too was not hugely negative. This gives a ray of hope that the selling did not have much backing.Oscillators on the intraday and daily periods have not reached oversold zone indicating some more selling.