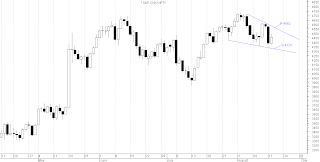 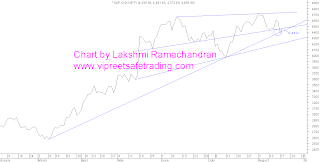 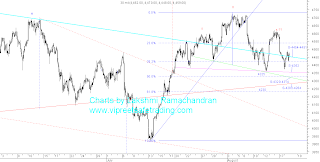 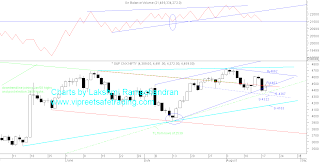 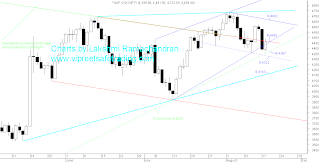 Intraday oscillators were oversold and I expected a short term support which came in the very first few minutes of trade at 4372.
Advance decline line has shown a minor positive divergence. The daily line chart shows that on a closing price basis the Nifty has moved above the uptrendline from March lows once again. Maintaining a close above 4433 for tomorrow will keep the price above the uptrendlne.On half hourly charts neckline (pink) support is at 4352 and the green neckline support is at 4321-4312. The 50 dema offers support at 4365. The falling wedge shown on daily charts has support at 4325 .

Though most indicators are indicating a weak Nifty, Nifty is near strong multiple supports around the 4325 levels. Trade shorts with strict stop losses.