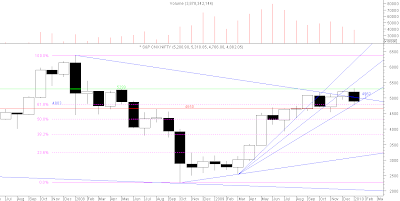 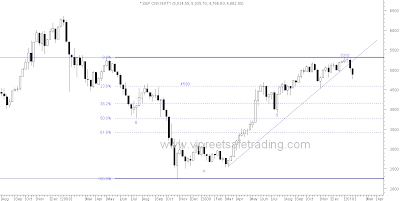 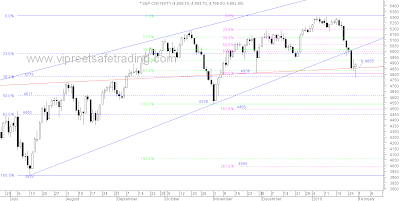 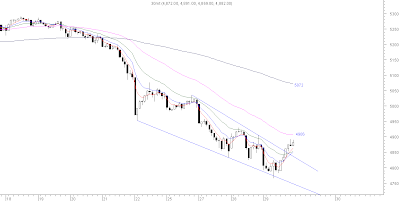 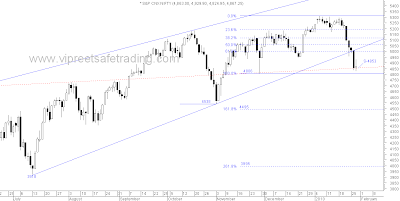 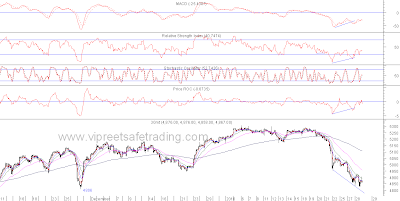 The daily and intraday charts show a bearish picture. Oversold oscillators and postive divergences gave hopes of  a pullback. The pullback came with a gap up but soon fizzled out to break yesterday's low. However the Nifty recovered soon enough to close above yesterday's close.Tomorrow will be a weekly and monthly closing .A close above 5013 would keep the weekly scenario healthy  and a close above 5020 will keep the monthly charts healthy. 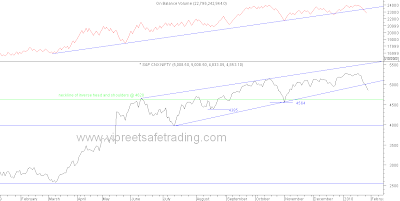 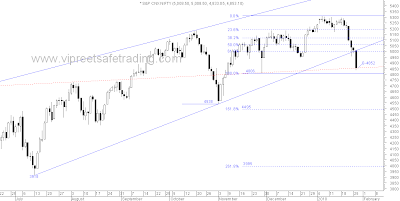 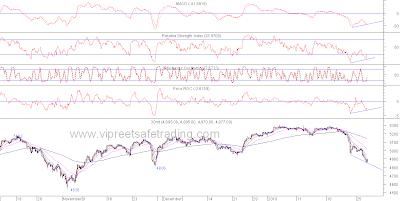 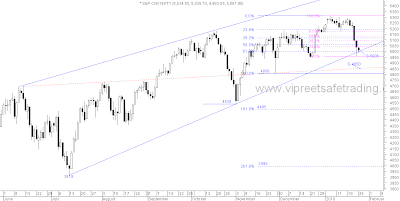 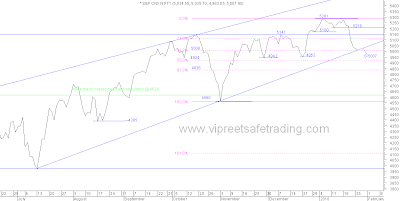 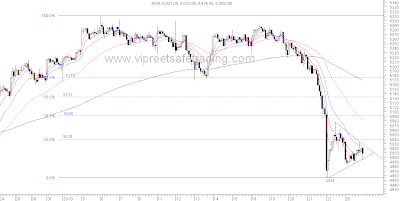 Today's trading was sideways and on low volumes. The forming of an Inside Day leaves traders uncertain about further direction .  However , the sensex chart shows a gap down below the uptrendline from July lows showing us the bearishness that exists.Only a recovery above the 5175 levels can turn the short term bullish. Till then selling on rallies would be appropriate.

Supports and resistances shown on Charts. 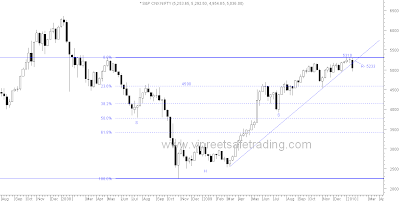 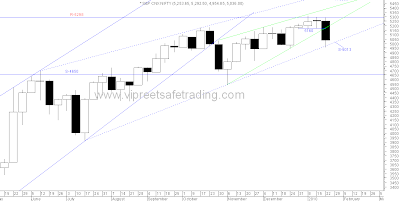