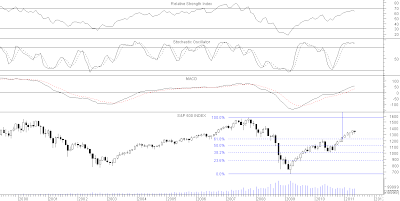 Monthly charts are robust with the upmove intact,  with a higher high higher low candle. The minor high of 1313 seems to have been decisively scaled with the correction taking support in that area.The next peak providing resistance is at 1440. The cup and handle target of 1774 , mentioned in my article for 13th December 2010 , http://vipreetinvestments.blogspot.com/2010/12/s-500-update-13th-december-2010.html, is intact. Oscillators Stochastics has given a sell in the overbought zone indicating a little more cooling off may be due.
Daily Chart 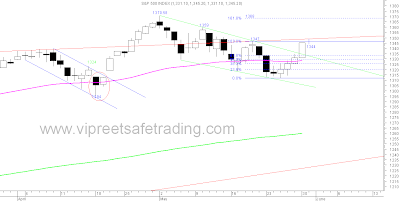 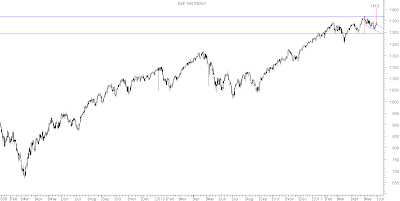 Daily charts show a successful breakout from the flag formation giving a target of  1410 as shown on daily chart II. Daily oscillators show steam left for the upmove. Resistances at 1347-1359-1368-1371.