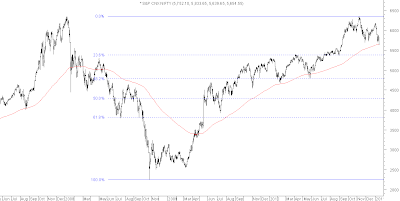 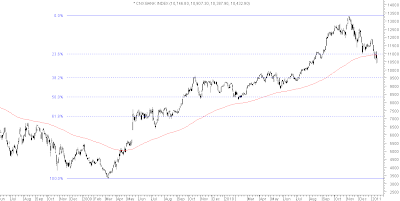 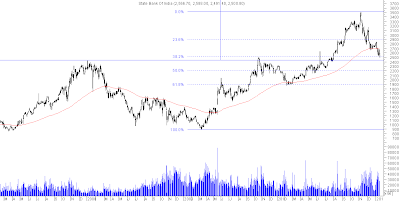 Under/Out Preformance comparing retracement levels of the rise from March 2009 levels and status with their 200 dema of the Bank Nifty, Nifty and SBI..
ICICI Bank 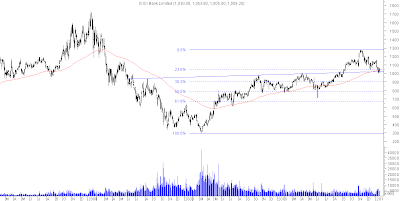 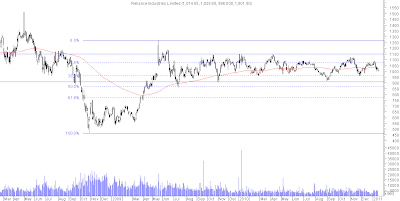 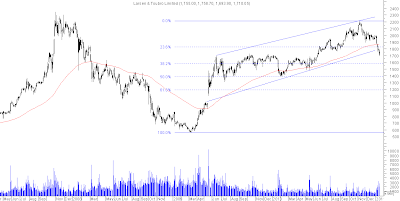 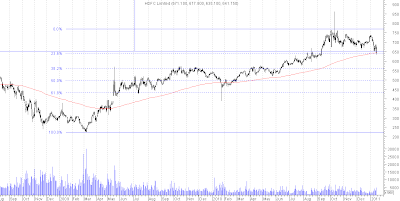 HDFC Ltd is outperforming the Bank Nifty in %age fall terms and has just about moved below it's 200 dema.
HDFC Bank 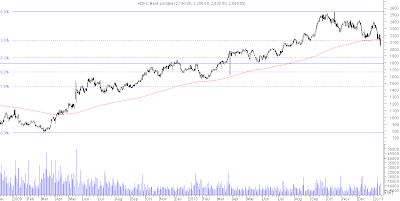