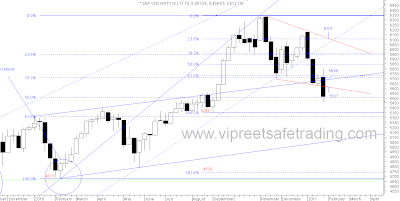 Weekly charts have a bearish engulfing pattern after last week's weak attempts at a revival.We now have a convincing trend reversal as per the dow theory of a lower high and a lower low. The support is taken exactly at the 50 % retracement level of the 2010 rally from 4675.Strong support at 4786, low of May 2010 and 38.2% retracement level of rise from 2252 lows.
Stochastics has reached extreme oversold zone . Watch out for an uptick to signal a temporary bottom. 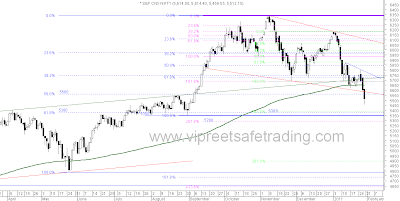 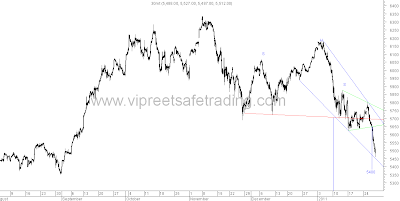 The support on the falling wedge is at 5450-5430. Targets of the triangle breakout is at 5400 and the bearish head and shoulder breakout at 5230.
follow me on twitter http://twitter.com/#!/lucksr