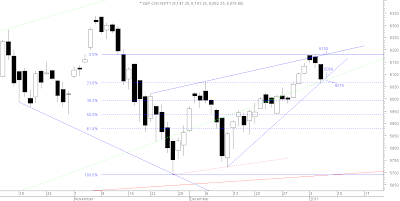 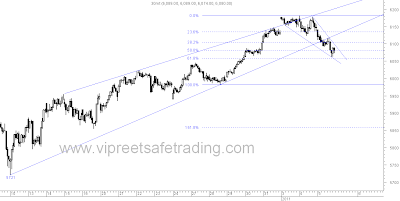 The bearishness indicated yesterday played out today . The decending triangle broke and over enthusiastic bears carried it beyond the target of 6070 to 6062.The uptrendline from 5721 was broken. The up  move from 5982 has been retraced by nearly 61.8% , increasing the chances of testing 5982.