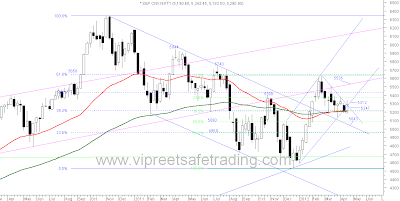 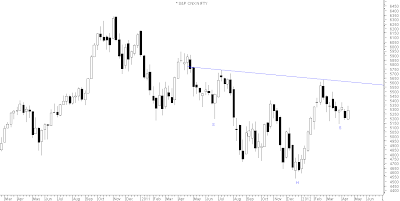 Nifty closed above the downtrendline from 5629 but too marginal to term it as a breakout.Nifty has moved above the uptrendline from December lows which had been broken the earlier week.The right shoulder of an Inverse head and shoulder bullish pattern could be forming.The Outside day pattern formed on weekly charts indicates a reversal of the short term trend which will help form the right shoulder if plays out as per it's character. 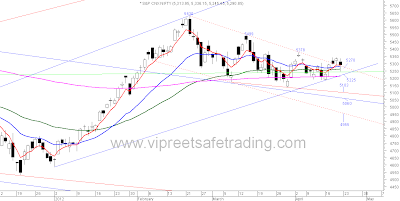 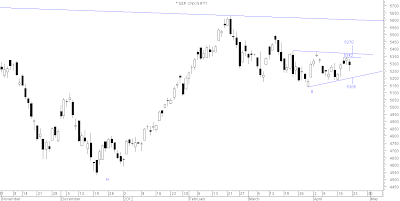 The breakout from the flag has not been decisive as is evident from the daily charts wherein the  Nifty has been struggling to make a follow up buying.A lower high lower low bearish candle breaking back into the flag intraday shows bears still active.The high made after the breakout at 5342 needs to be taken out for further upsides. 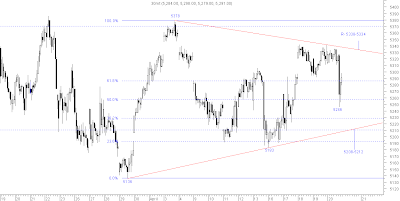 
Till this triangle is resolved trade light.