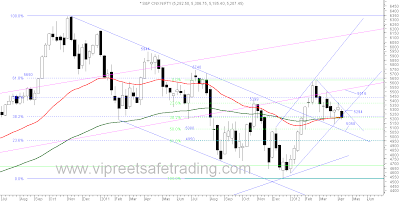 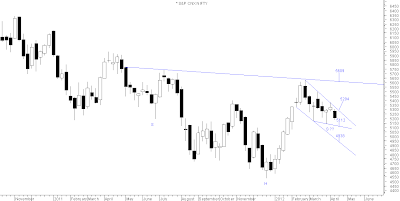 Bullish Indications : Three week low of 5136 held.40 and 100 wema bullishly crossed. Stochastics in buy before reaching the oversold level and Rsi14  above the 50 level.Macd is above zero level.The correction from 5629 has been on falling volumes supporting the flag pattern  that the correction may be consolidation.The right shoulder of the inverse head and shoulder pattern shown on chart II however demands high volumes on the way up.
Bearish Indications : Last week's shooting star candle pattern was confirmed with a bearish candle this week.Uptrendline from 4588 has been broken and close below the trendline.Rsi14 has turned down and broken it's 3 week low corresponding with Nifty's 5136. Macd has given a downtick. 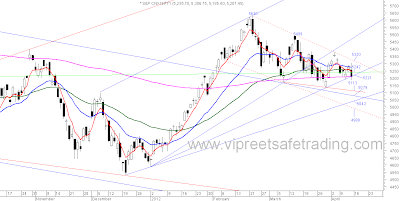 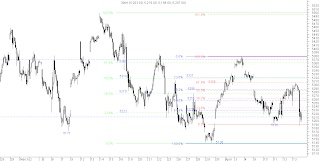 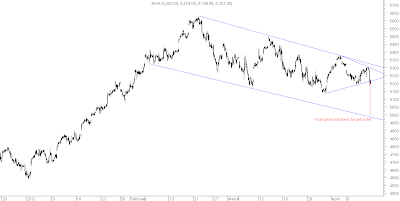 The Nifty resisted exactly at the 61.8% retrcement level of the last leg down from 5378 to 5191  and broke the low of 5191. This is bearish and the Nifty may test the previous low of 5136. If breaks then the downmove will accelerate.Till the flag's support line is held bullish views can be held.The triangle breakdown shown on half hourly chart II has a target of 4994 which coincides with the support line of the flag pattern.The flag support on weekly charts is at 4938.Till this holds the uptrend could resume.