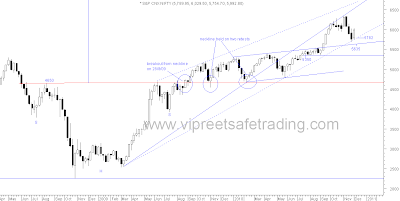 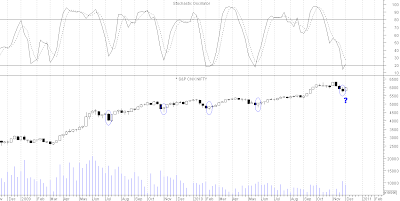 This weeks bullish candle taking support on the uptrendline from March 2009 lows infuses a lot of confidence in the bulls. Breadth improved and Volumes were more than average.The fall was exactly 10% from the high of 6338 and seems to be in line with the corrections in the rally from March 2009. During the rally the stochastic has been a good indicator to show the end of corrections. The stochastic has turned up again and thus keeping in line with the  indications as stated above, we may assume that the correction is over.
Important support 5782 on the trendline from March 2009 lows.
Daily Chart 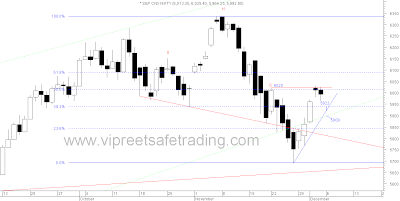 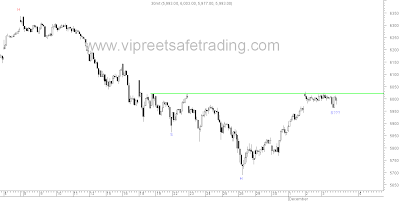 Inverse head and shoulders forming. Moving beyond and sustaining above the neckline at 6020 will lead to testing the high of 6338 and beyond.