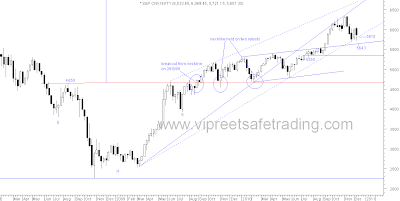 The weekly charts show Nifty did a flip flop after giving hope to the bulls last week.The uptrendline from 4786 though, was broken again and increases the chances of  a test of lower levels.The 5wema has bearishly crossed below the 10 wema.Oscillators Rsi 14 is weak below 50 level and Macd continues in sell. 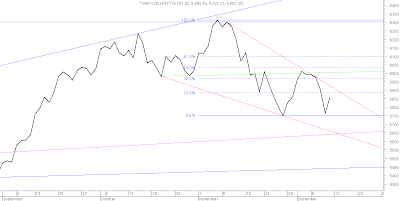 Daily Line charts show the fall forming a falling wedge which is bullish. The breakout point from the wedge  is at 5915. If the lower high at 6070 is taken out then the implications of the falling wedge will take effect and give higher targets . Until then we go with the bear flag shown in earlier posts.