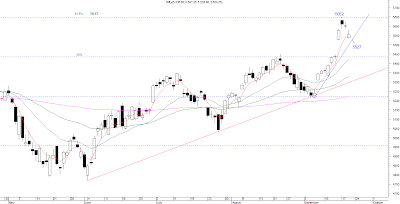 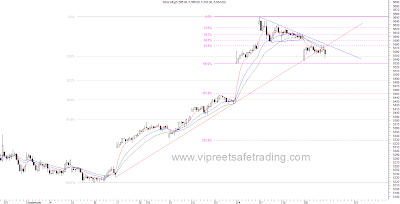 A gap down open which Nifty managed to  close  only partially during the day.The uptrendline from 5215 shown on half hourly charts was broken  .On daily charts the uptrendline has been maintained and has support at 5527 which is also the gap support at 5435-5527 making it an important support to be held.


Rsi15 and stochastics have moved below the 70 and 80 level respectively which is their overbought levels clearly signalling more downsides.OBV too has turned down.Macd though is positive indicating this may be only a correction.

The Nifty has been making a higher high higher low formation on daily charts and till 5215 is held the trend would be up with a Buy on Dips startegy.