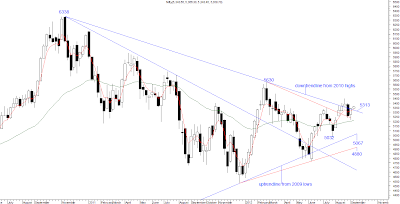 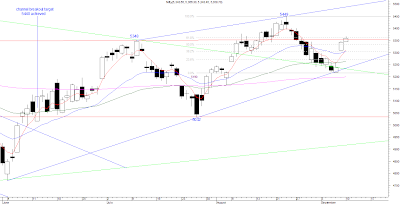 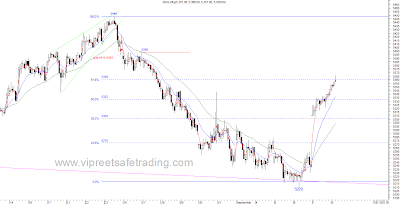 Last week I had said a trade above 5300 would be bullish and below 5200 would be bearish. I had also declared the short term bearish with the 5/20 ema bearishly crossed.
The Nifty remained range bound between the 5200-5300 levels all week but broke out of the 5300 mark on Friday. The 5/20 ema too crossed over bullishly thus signalling  start of the uptrend again.

Breakout from the symmetrical triangle on the weekly charts has been maintained after retesting the resistance line.A break and close above 5449 will bring in the bullishness once again for a test of the all time highs at 6338. A rising wedge forming shown on Daily charts which may cap upsides  at 5500 for the week.