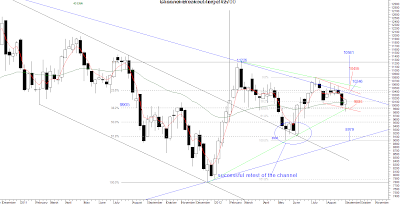 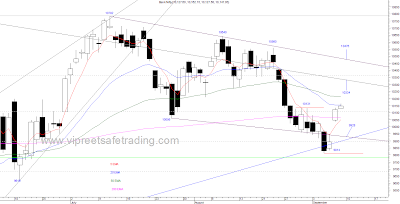 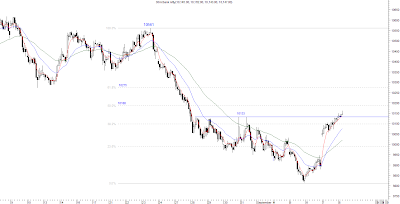 Last week I had warned of more selling and that 10133 would be strong resistance.Selling did come with the Bank Nifty  taking support  around the fibonacci cluster at 9900  and the uptrendline from December  lows.

Friday's Inside day pattern turned out to be a reversal pattern with the Bank Nifty gapping up and closing above it.Close above the red channel shown on weekly charts gives a logical target of 10455 on  the resistance line of the channel.

Till the gap made between 9893 and 10036 is unfilled bullish attempts will be made.