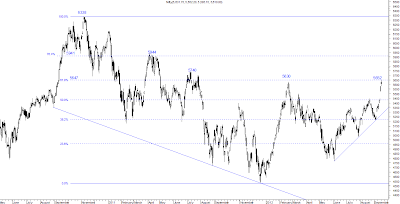 Gap open today but formed a near doji as the Nifty found it difficult to sustain at the highs.Strong resistance exists at the 61.8% level from which the Nifty had reversed in February and made a top at 5630. After making a slightly higher top at 5652, the Nifty was in correction all day.

Efforts to recover met resistance at the 61.8% level of the intraday fall.The gap was almost closed.Failure to cross the high of 5652 and a break of today's low at 5585 may lead to some unwinding.If gap at 5435-5427 which also has trendline support as shown below, is closed, 5452 may prove to be a short  term top. 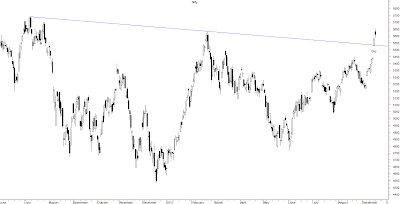