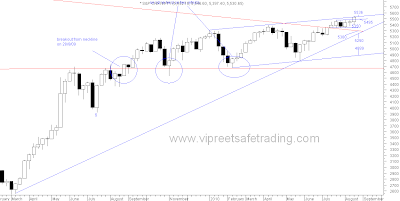 Weekly Charts show a bullish breakout from the trading range of 5 weeks between 5350 and 5492. Volumes were not very high . But then, the volumes have been drying up right through the consolidation since May 2009  !  This range breakout gives a target of around 5630. The oscillators are showing strength by moving up again but yet to move above previous highs, thus still in negative divergence.Macd too is in negative divergence but in buy mode since 9th July 2010.
Weekly Chart II 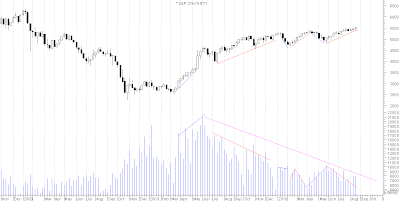 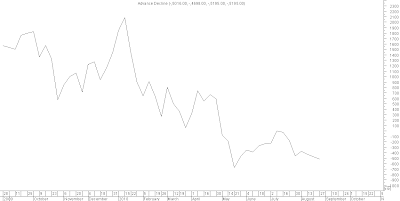 Since the rally is now almost a year and a half old , a thorough checkup would be necessary. The volume chart shows increasing volumes on falls and declining on rises.Overall too the entire rise is on falling volumes. The advance  decline line too has been constantly falling showing lower and lower participation of stocks in the rise. These two indicators show that all is not well. Increased volumes and participation of more stocks on further increases is desired. 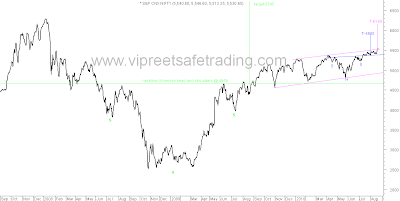 In order to keep our feet firm on the ground some bearish pointers.

Madam,I wanyed your views on one stock but dont where to post it? here or on the forum. Anyway , I am posting below. Pl offer your valuable comments:

I seek your views on Canara Bank which I find a fit case for
shorting. My reasons are as below:

See the answer on the forum and put up any query there. Others who may be trading canara bank could also reply