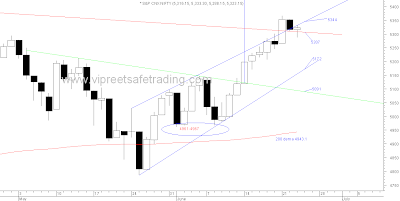 The Nifty remained inside the "Inside Day" pattern range and failed to break out on either side leaving the decision of direction pending. The breakout above the trendline from January 2009 highs has been maintained though intraday Nifty traded below it. The nifty seems to be correcting the sharp rise by moving sideways.Consolidation can be seen on half hourly charts in a falling channel which can be identified as a bull flag. 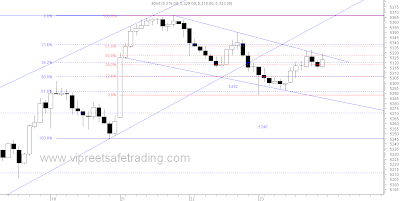 Breakout from the bull flag is awaited to continue the upward journey to 5480 as shown on weekly charts in the post o 21st June 2010.