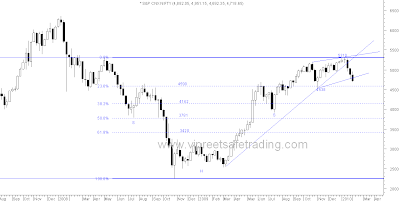 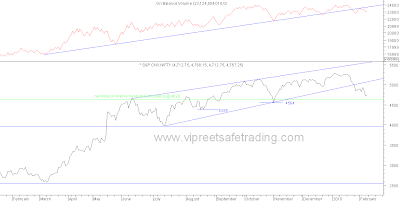 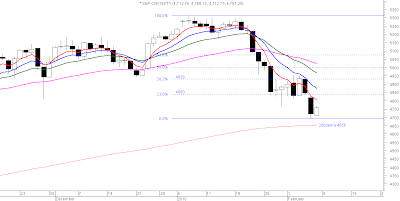 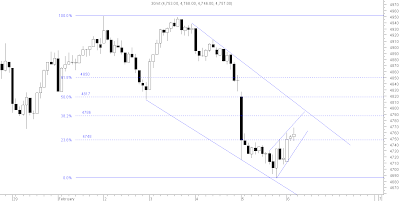 The weekly charts too are now in a sell mode.This makes the broader trend down till  we have evidence of the trend turning up once again. The daily oscillators are in oversold zone and half hourly charts have started moving up from oversold zone  increasing the probability that the pull back may continue with fibo resistances at 4748-4786-4817-4850.

Be cautious on longs as it will be a trade against the broad  trend which is down. Selling on rallies  should be the strategy.

Thank you very much for the early updation.