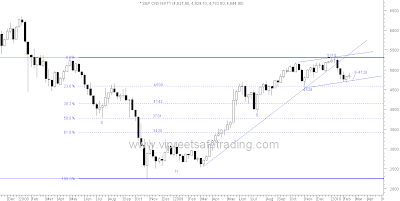 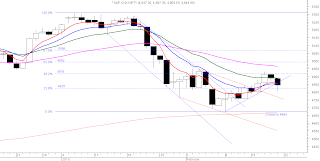 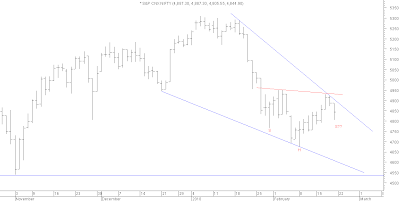 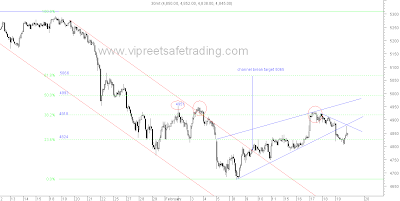 Nifty has been in a sideways move since the low of 4675. Break of the uptrendline from 4675 and inability to scale previous high of 4951 shows weakness. A break of the low of 4675 may lead to a test of the medium term low of 4538.

On the other hand bullish patterns are forming on the daily charts , shown in Daily Chart II. Watch for breakouts from these patterns.Weekly charts too show the Nifty moving within the channel shown on the chart. This may lead to test of the upper trendline of the channel.

Trading longs with proper hedge and a stop of a daily close below 4700 would be the strategy.