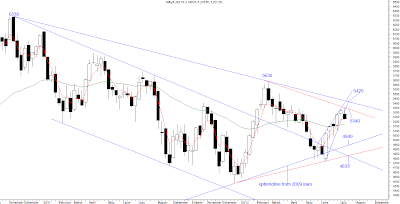 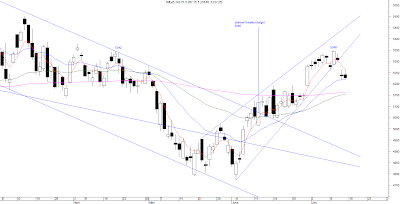 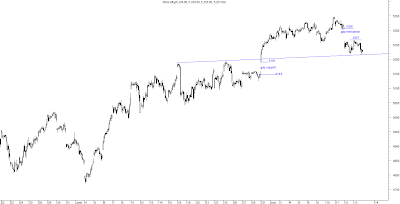 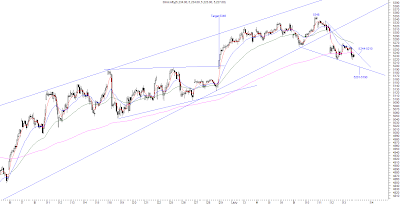 Bias is  bullish as the higher high of 4770 still holds.The half hourly chart is forming a pennant which is a continuation formation. If the resistance line is broken then the rally will resume.Only a break below 5191-5149 will put the upmove in danger.