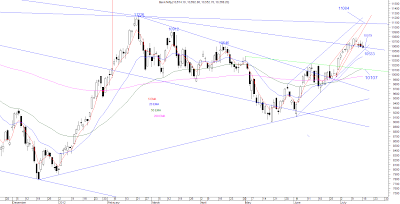 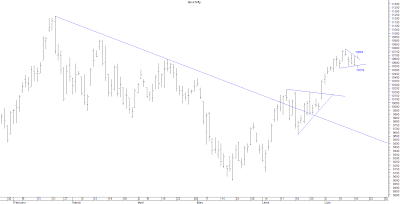 Bank Nifty continued forming the pennant shown in the second daily chart.The previous pennant broke out above as per it's character and we assume the present one to do so too.Watch the support resistance marked for further direction. Oscillators continue to be weak and if the pennant is to be proved right a lacklustre sideways correction may ensue before resuming the uptrend. 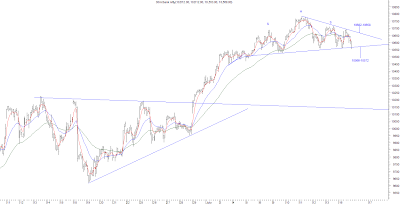 The half hourly charts give a better insight into the patterns. The last pennant had higher lows forming which also could be seen as an inverse head and shoulder pattern thus supporting the bullish view of the pennant.The present pennant shows a bearish head and shoulder forming which is the opposite view of the bullish pennant.This alerts us to the fact that the fall may continue.Supports and resistance marked for your convenience.