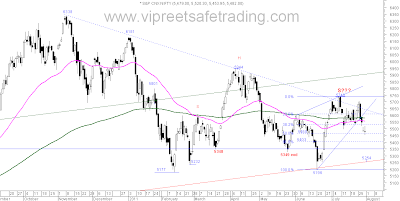 Second doji in a row forming an outside pattern. The doji as well as the outside pattern convey indecision.The 50 % fibonacci level too is one of indecision. The gap with the resistance at 5547  remaining  unfilled gives a bearish bias.The fall in the last week too has been on increased volumes  The stochastics  has reached oversold levels and supports a pullback with resistances at 5522-5565-5598-5632. 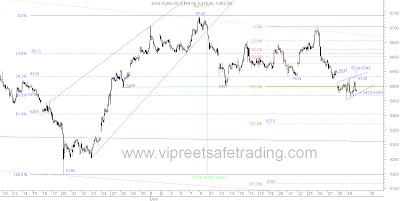 Half Hourly Charts show a possible bear flag forming .This is a bearish pattern and the downtrend should resume once the pattern is formed. Support and resistance levels marked.