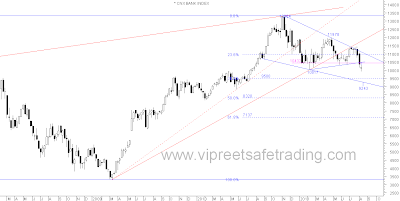 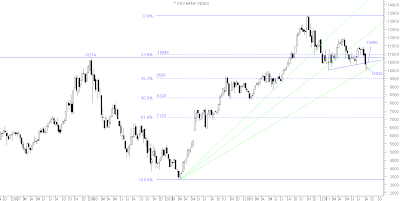 Bank Nifty broke the fan line support intra week but closed above it. The candle made is a high wave candle which  can indicate that the market is losing its direction and a change in trend may be imminent. Large intraday swings portray a market that has become indecisive. The inability to close near the high or the low indicates a lack of conviction on the part of both bulls and bears. Occuring during  a downtrend, it could be  indicating  that the bears could be losing control of the trend. By itself, the high wave candlestick does not produce a buy or sell signal. It  serves as an alert to a possible change in trend. 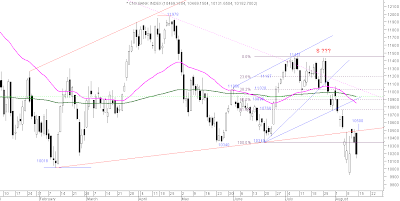