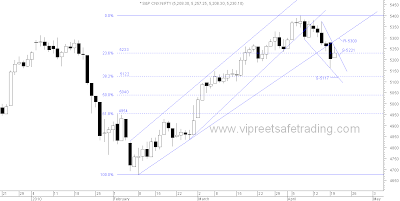 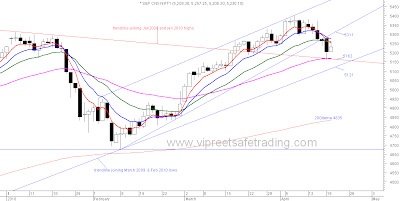 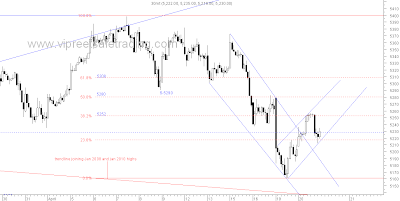 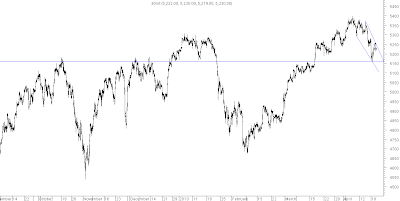 The half hourly bar chart shows Nifty to have taken support on a very significant level which has been support and resistance several times.Further the Nifty took support at the 50dema and the trendline joining Jan 2008 and 2010 levels. This makes holding  5161 crucial for  the nifty  to move up to higher levels.The falling wedge shown on daily charts is bullish and a breakout could mean further upmove.

The Nifty needs to trade above 5221 for a breakout from the  redrawn wedge.The bear flag shown on half hourly charts has supports at 5219-5252 for tomorrow.Break from these supports will lead to test of 5161 and on break of 5161, seek lower levels.