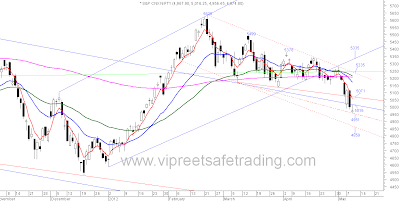 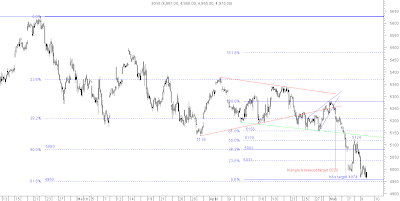 Corrected to the 61.8% retracement of the rally from 4531 but closed above it.The downtrendline from November highs has been decisively violated which is a nail in the bull's coffin.

Resistance at 5124 which coincides with the 50% retracement level at 5119 shown on half hourly chart.