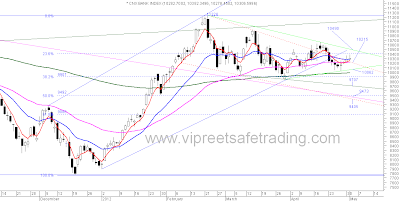 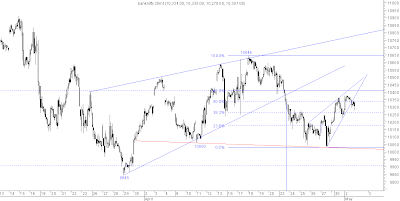 Half hourly charts show recent action forming various bearish patterns. Resisted around the 50% retracement level, breakout from another bearish rising wedge while remaining below the support line of the previous larger rising wedge, a bearish head and shoulder pattern forming with neckline shown in red which is around the 10025 levels.
With the monthly charts indicating a breakout on the downside and a shooting star on the daily charts, looks like we need to observe these bearish patterns closely to cut longs/go short.If holds then we concentrate on the pennant breakout.