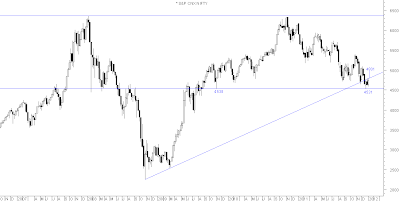 4530 is the final point of support to shake the bulls. 4800 is the strong resistance which the Nifty has to cross for any further upmove.On weekly charts positive divergences on oscillators intact and stochastics still in oversold zone. 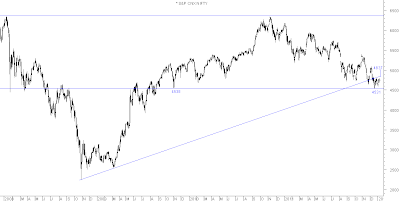 On daily charts, the uptrendline from March 2009 has resistance at 4837 which should be crossed for the bulls to come in.Stochastics on daily charts has given a sell in the overbought region which may lead to some correction of the short term upmove from 4531.