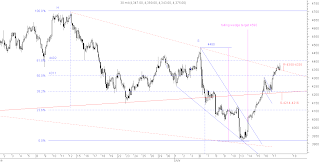 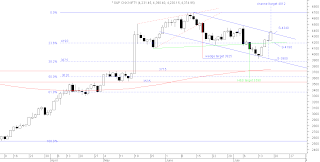 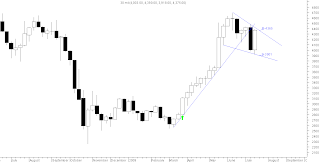 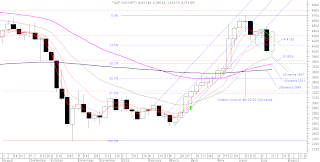 
The market undermined Nifty's capacity since the neck was broken. Nifty was stronger than expected and managed to run up and repair most of the damage.
Is the the neck firm once again ?

Oscillators
Moving Averages
Bearish Price Pattern
Bullish Price Pattern
Sentiment Indicators
We are once again in the perplexed state whether markets will move up or down. This is the reason we follow price with stop losses instead of making these difficult predictions about the future. Remain long with a stop loss of 4200 for targets of
Raise the stop losses as per your risk profile in case markets rise as per the targets.


I would prefer to be light in my positions and wait for breakout from the top of 4693 or from the falling wedge on weekly charts to get 100% bullish, and look for a break of the neckline once again to be bearish.