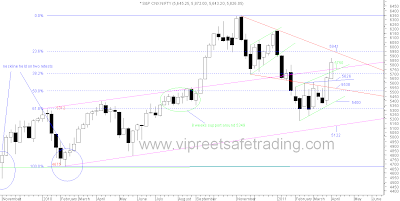 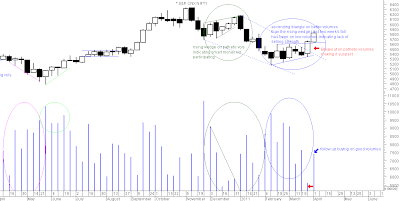 Good follow up buying breaking out of pink and green trendlines as shown in chart I. Volimes and breadth supported the upmove which is a huge positive.The breakout also negates the bear flag which was being considered.With the breakout from the falling wedge-- shown in blue dotted line in chart II-- sustaining for the second week , the target of  6481 could be achievable. 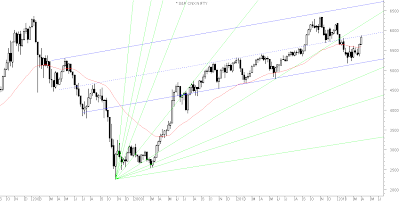 Chart III shows Nifty resisted  at the blue dotted trendline which has been resistance since August 2008  with a breakout in September 2009 which failed leading to the downtrend to 5177. Breakout from this trendline is required to achieve the target of 6481.
Daily Chart 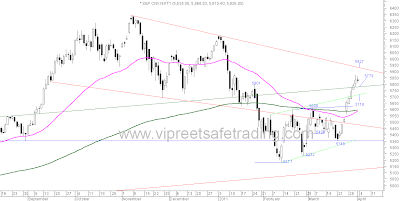 Inside Day pattern formed showing indecision and appearance near the end of a prolonged uptrend may suggest that the rally is getting exhausted and is likely to reverse.Negative divergence in the stochastics gives strength to this view.  Breakout from high of the pattern at 5872 or  low at 5778 to set further trend. The low coincides with green trendline support as shown on the daily chart. 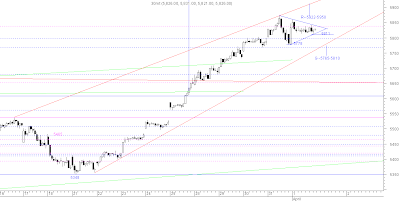