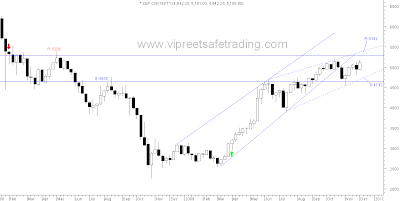 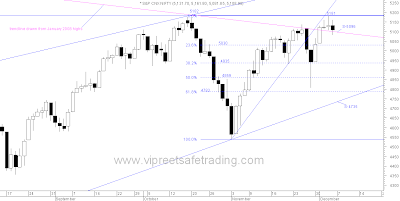 The Nifty closed exactly at 5108 from which point it had broken out to touch 4181 to form a double top.Till 4181 is taken out the bearishness of the double top looms large.
To refresh memory,  The double top is a major reversal pattern that forms after an extended uptrend. As its name implies, the pattern is made up of two consecutive peaks that are roughly equal, with a moderate trough in-between.
However, double tops can form along the way up, but until key support is broken, a reversal cannot be confirmed.The key support here would be 4538. 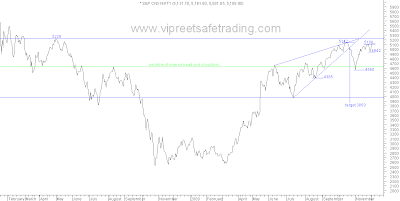 Volume analysis show that the rise to the formation of the double top have been average not low.The down week was on low volumes. 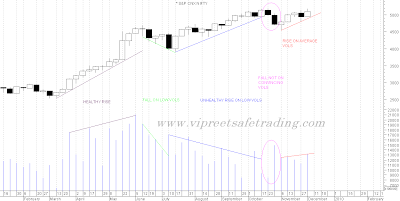 Though the Nifty hit resistance exactly at the earlier high of 5182, more evidence will be required to turn bearish. One could be bullish as the Nifty is holding well above the neckline of the inverse head and shoulders and on the other hand one can be bearish as the Nifty has broken down from the uptrendline from March lows. 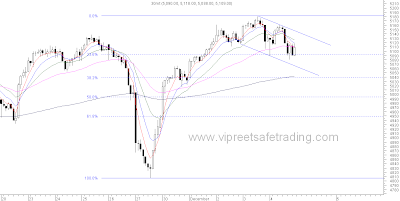 Trade long  on breakout from the channel else trade short with a stop of 5200.