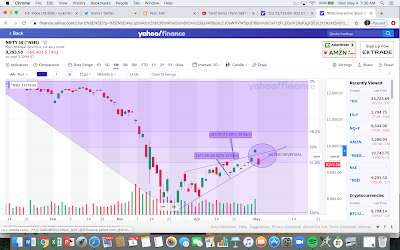 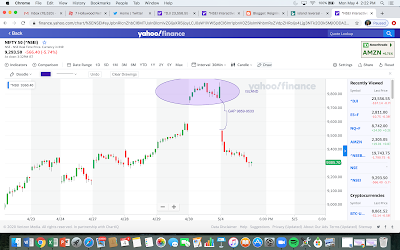 An Island Reversal pattern as clearly depicted in the charts above indiactes a reversal of the current trend. Bearish Island Reversals have statistically been proven more reliable than bullish ones.

In case of Nifty it is a bearish Island Reversal. Prices gapped up on the first day -30th April- followed by a gap down on the second day 4th May ---- leaving a gap up and a gap down clearly leaving an "Island" of price movement as is clearly evident on the half hourly chart.

The Island Reversal is based on the idea that the two gaps in the formation will often not be filled—at least not for awhile.

The  reversal will be nullified if the gap left today is filled !