Reigning The Nifty - A peek into today's Analysis 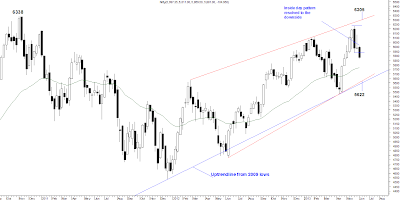 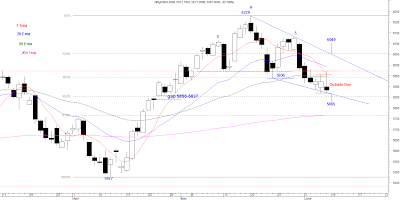 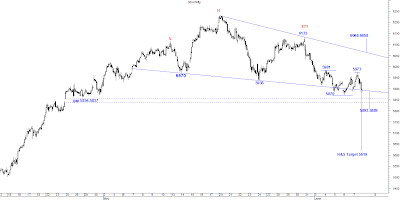 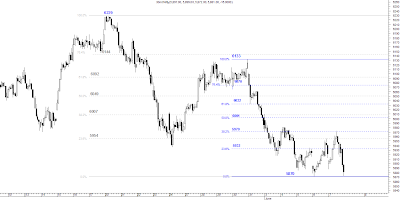 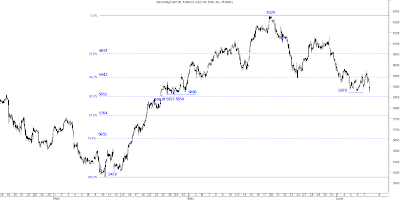 The shooting star will be confirmed if the low at 5871 is taken out and Nifty closes below it.If however the bulls manage to protect the low at 5869 the inverted hammer could play out it's bullish character.

The weekly charts have turned bearish with the Inside day pattern showing the direction to the downside. The short term for Nifty has truned down and a test of 5750-5600 is on the cards.

Half hourly charts are depicting the pennant well  and would be easy to follow in case of a
turnaround.A break above 6068-6 058 will be bullish whereas a break below 5870 will be bearish with an immediate target of 5770.


Selling on rallies should be the mantra.

For subscriptions to my Daily Analysis on Nifty,Bank Nifty, Gold and S&P500  write to vipreetsafetrading@gmail.com